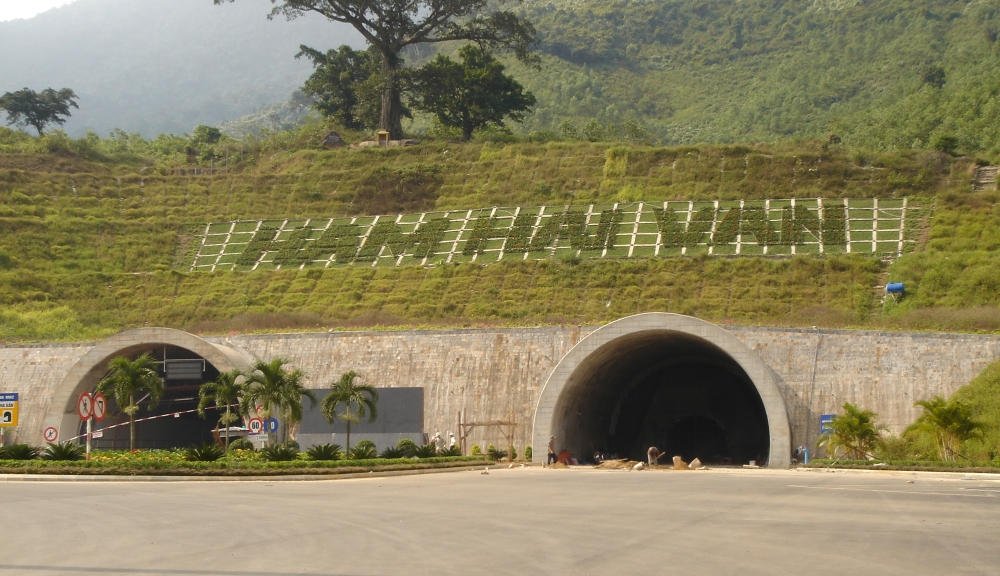 The Hai Van Tunnel is the longest tunnel in Southeast Asia at 6.28km, it lies on Highway 1 between the two cities of Danang and Huế in central Vietnam. The Hai Van Pass has long been recognised as a major bottleneck. The concept of a tunnel to bypass the long route over the top had long been sought.

The tunnel was officially opened in June 2005. The main tunnel is 11.9 meters wide. A second tunnel running alongside the main tunnel is currently used for maintenance and emergencies but it is planned to expand this at a later date as traffic increases. It is connected to the main tunnel by 15 cross-tunnels. The tunnels have lighting, fire alarms, communication, water supply and treatment, ventilation fans, and radio broadcast systems. Currently the single tunnel has one lane of traffic in each direction. A toll of VND25,000 is payable for cars and minibuses. Motorcycles, cycles and pedestrians are not allowed in the tunnel but a new shuttle service will begin in November 2006. This shuttle service will operate around the clock with a reduced overnight service and charge a daytime fare of VND12,000 per motorcycle, VND5,000 per bicycle and VND3,000 per person. A small waiting area is being established at each end of the tunnel where visitors can take photographs and watch a documentary about the making of the tunnel

The tunnel reduces the distance between Danang and Huế by 20km and saves between 30 minutes and an hour on travelling times over the old Hai Van Pass route. 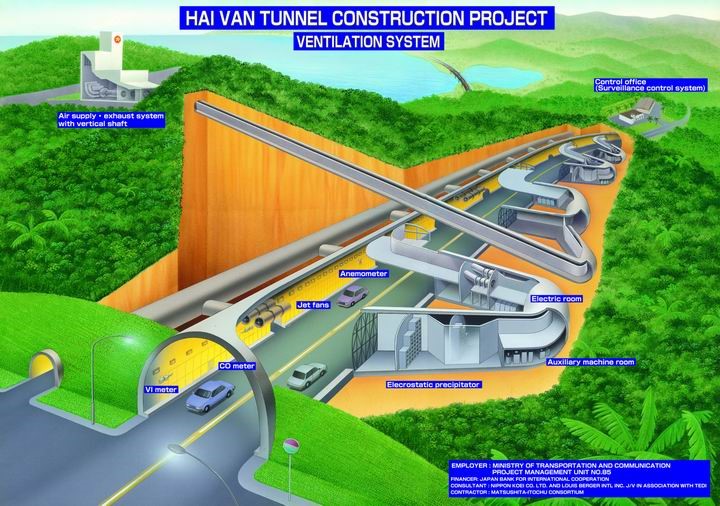