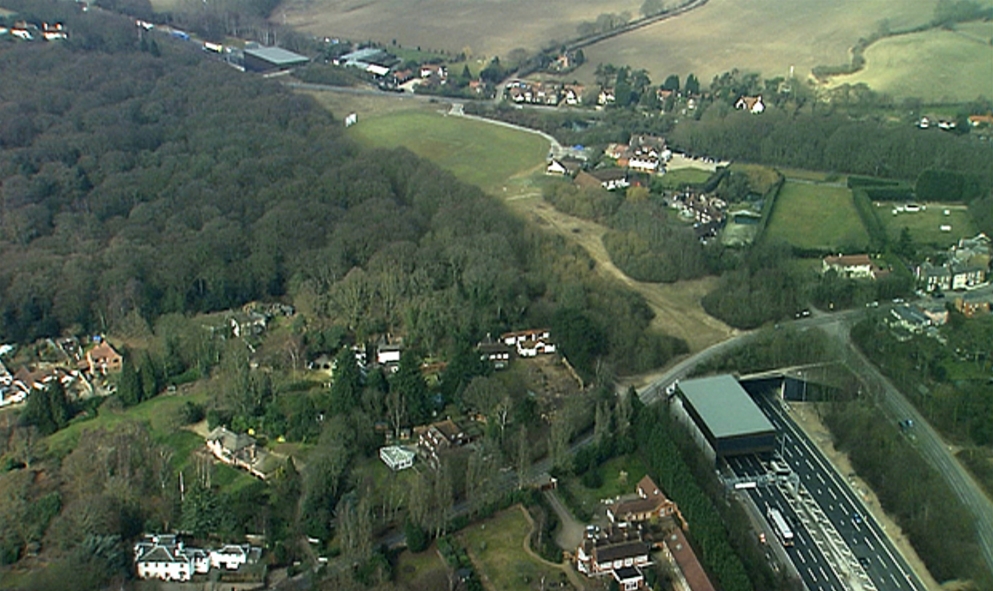 The scheme to upgrade and refurbish the Bell Common tunnel on the M25 in Essex was officially opened at the beginning of March 2010. The £91m project was completed by Costain two months ahead of schedule and was opened by Transport Minister Chris Mole.

The project forms part of a major government investment to improve journey time reliability and safety on Europe’s busiest motorway.

Costain were awarded the ECI (Early Contractor Involvement) Design and Build Contract in May 2008, and following investigation and design works and the agreement of the Target Cost, commenced construction in October 2008.  The works through the 515m long tunnel included carriageway widening and a full M&E and fire safety systems replacement and the upgrade of all systems to the latest standards including the European Directive on Fire Safety in Tunnels.

To fit in with the neighbouring DBFO M25 widening works, provision for an additional lane within the tunnel has been made.  To enable this within the existing structure required the removal of raised walkways, the strengthening of the central wall dividing the two tunnel bores, and the placing of new drainage and ducts beneath the hard-shoulder.  A passive fire protection layer was applied to protect the asset, to enable it to be brought rapidly back into operation should a fire occur within the tunnel.  35m long portal extension structures were constructed at the entries to the two bores to allow the installation of plant rooms and the new tunnel ventilation system, a Saccardo system blowing high-pressure, high-velocity air into the tunnel crown at an angle thereby inducing a Venturi effect.

LBA provided project management and fire safety services to Costain for the refurbishment of the Bell Common Tunnel.

The refurbishment works at Bell Common followed shortly after the completion of similar works carried out by Costain and their designers Capita Symonds at the neighboring Holmesdale tunnel adjacent to Junction 25 in Epping, and much of the team was reunited. With their existing knowledge, the team challenged many aspects of the Holmesdale design and construction (which itself had been highly successful), coming up with some extremely valuable continuous Improvement. Examples included:

The refurbishment of the Bell Common tunnel also offered some new challenges, particularly with its position adjacent to the M11 junction, requiring three lanes of traffic to be maintained in each direction during peak hours. The team therefore maintained a single lane of traffic through the tunnel bore being refurbished (with a “3+2” arrangement in the other bore), closing this each night to enable access for the fire protection and M&E works above this lane. 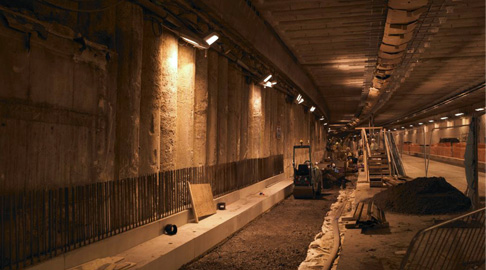