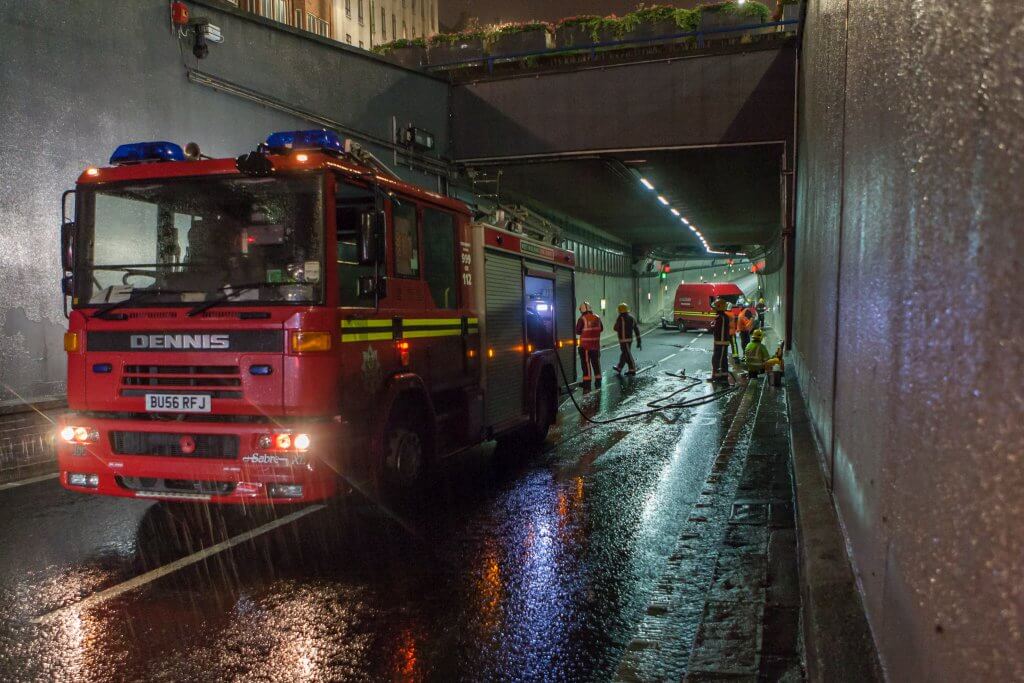 LBA Employee Graham Gash during his fire and rescue service career and more recently, when working as a consultant, has advised on emergency planning issues and arranged a large number of multi-agency full scale and table top exercises. Graham has, over the last four months, provided advice, liaison and support services on behalf of LBA, for VVB Engineering & Amey to facilitate a multi- agency emergency intervention exercise at the Queensway tunnel in Birmingham following a complete tunnel refurbishment project, and for ConnectPlus Services (CPS), at the A1 (M) Hatfield tunnels.

Graham was appointed by Amey as the emergency services liaison officer, who took responsibility for the exercise planning, exercise delivery and the debrief arrangements working with all West Midlands emergency services and Civil Contingency Act 2004 (CCA) partners. Graham also advised the Amey project manager and West Midlands Fire Service on a number of possible intervention tactics which could be considered to take full advantage of the engineering systems provided to support a fire service intervention and in particular: –

Graham provided support to the CPS Hatfield tunnel manager for arranging, running and the debrief process for the four yearly full scale intervention exercise, to comply with the requirements of the Road Tunnel Safety Regulations 2007 (Amended 2009).

Both exercises provided emergency responders with a very valuable opportunity to demonstrate their emergency preparedness and response to an incident in a road tunnel on a major road network. It was pleasing to note that all blue light agencies in the West Midlands and Hertfordshire, positively grasped the opportunity to gain maximum benefit. The exercise not only allowed each individual service to demonstrate their intervention, operational and command and control skills but also, demonstrated the “working together” concept which is expected as part of the Joint Emergency Services Interoperability Principles and Doctrine, which now applies to all CCA Category 1 and 2 responders.

The exercise also allowed responders to use the tunnel services which were installed to support an emergency service intervention in conjunction with their Site Specific Risk Information and Emergency plans.